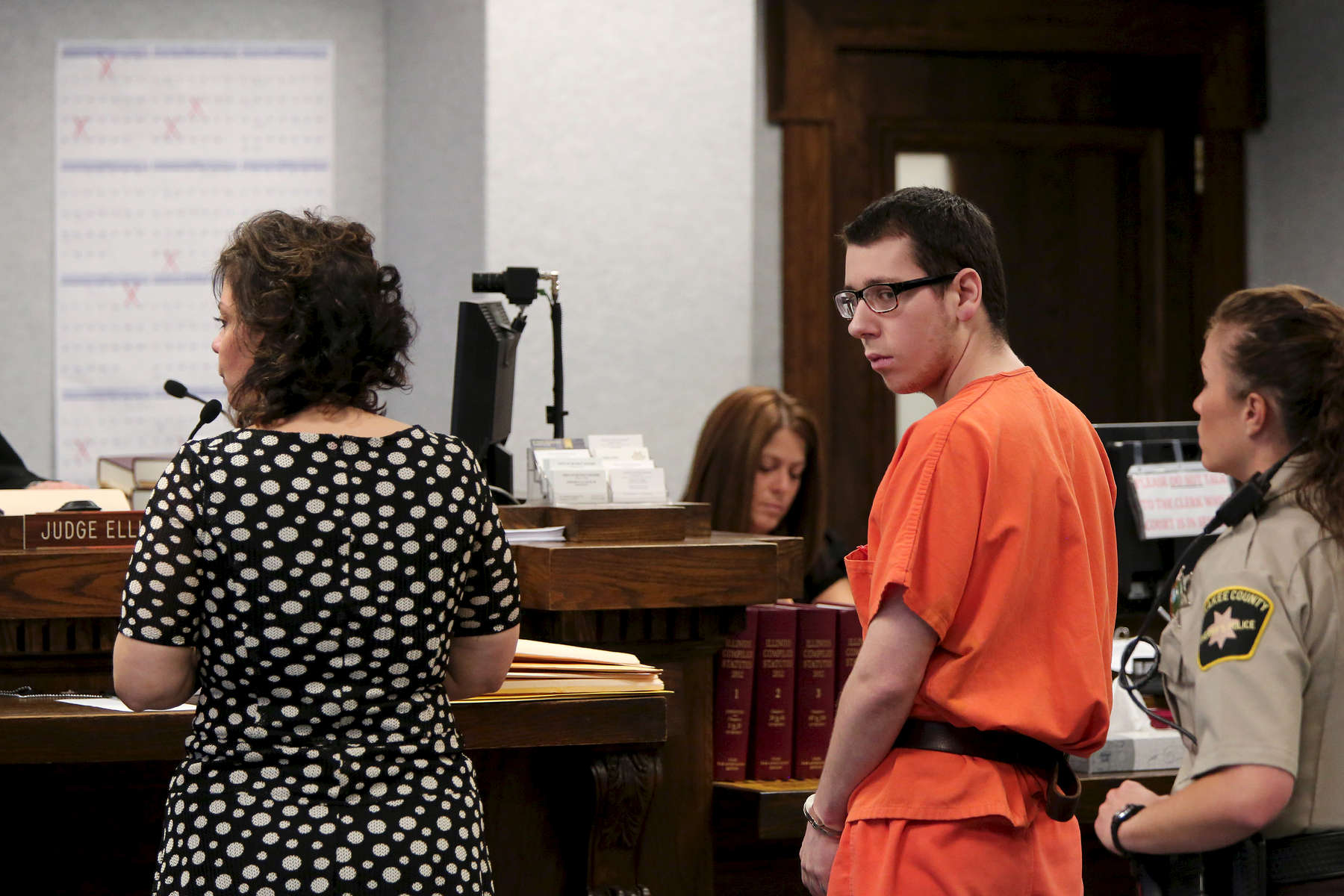 Joseph LaFan, a former resident of Indians Oaks Academy, appeared during a preliminary hearing at the Kankakee County courthouse in Kankakee, Ill. LaFan pleaded guilty to rape after, according to court and police records, he took a box cutter from a closet, forced a younger boy to go outside, then allegedly raped him while wielding the box cutter and a brick, covering his victim's mouth to prevent him from calling for help.